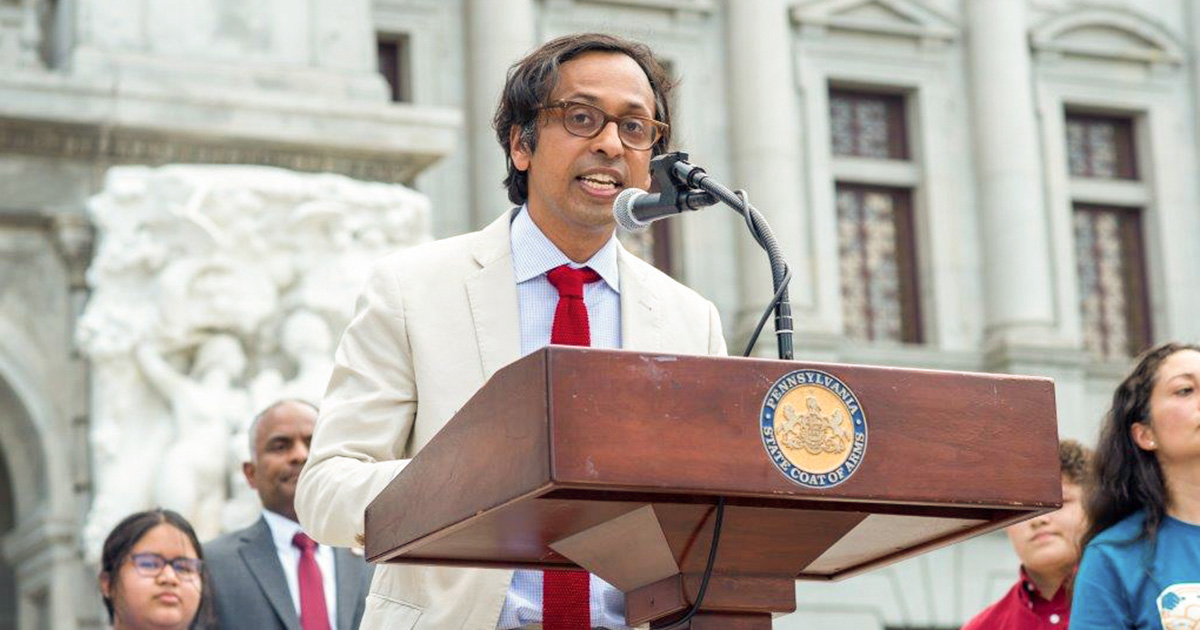 Harrisburg, PA  − July 13, 2021 − Members of the Welcoming PA Caucus, comprising elected officials in the Pennsylvania State House and Senate committed to the development of Commonwealth-specific legislative and policy solutions to the issues and hardships faced by all new Pennsylvanians, issued a letter today urging the immediate release of Pennsylvanians detained at York County Prison by U.S. Immigrations and Customs Enforcement (ICE).

Their demand follows an announcement earlier this month that York County and ICE will not renew their contract. That announcement was followed shortly by news that most of the Pennsylvanians in detention would be transferred to another ICE facility rather than released and returned to their families and communities.

“I represented my first immigration clients in York County Prison in 1995, more than 25 years ago. Now that it is closing, the people with cases need to be near their families and legal representatives,” said Representative Joseph C. Hohenstein (D–Philadelphia County), who serves as one of the Democratic Co-Chairs of the Caucus. “Most of the detainees have a stake in staying connected to the system, and they have claims that will let them become legal or keep their legal status. They deserve to be released as soon as possible. It is the only humane course of action for people who often have already been in the U.S. for years and have family here.”

“Transferring ICE detainees to other facilities after the York County ICE Detention Center closes is unnecessary, unjust, and unreasonable. Most of these detainees are seeking asylum from dangerous situations in their home country and followed the proper process to receive protections here in the United States,” said Representative Sara Innamorato (D–Allegheny County), who serves as another Democratic Co-Chair of the Caucus. “I believe we can welcome these families who are seeking the promise of freedom and opportunity to our communities—not continue to imprison them, transfer them away from their support system, and tie up our court system.”

For 30 years, the agreement between York and ICE has meant that Pennsylvanians awaiting decisions on deportation cases could be incarcerated in the county’s prison facilities. The period of this agreement has been marked by human rights abuses inflicted on an immigrant population already traumatized: nearly all who are detained at York are currently seeking asylum and face serious consequences and violence if deported from the United States. The plans to transfer those detained at York away from their families, their communities, their legal representation, and their pastoral care marks a continuation of the harm they have experienced.

“Federal and state government officials have a choice: to perpetuate the harm done to people who seek to become citizens of our country, or to take a stand on the right side of history and release them to the care of their communities,” said Senator Nikil Saval (D–Philadelphia County), a first-year Senator who recently joined the Welcoming PA Caucus. “Justice for those incarcerated by ICE at York County Prison means returning Pennsylvanians to their families, their support systems, and their legal representation. It means returning people to the lives that they hope to build right here with us in our Commonwealth.”

Most of the Pennsylvanians detained at York do not fall under the current deportation priorities set by the Biden administration. Additionally, most have legal representation and family and children in Pennsylvania.

“No one deserves to be detained by ICE and no one deserves to be transferred by ICE. The immigration enforcement industry in this country profits off the human rights abuses of our people, and the decision to transfer and disappear community members to other facilities nationwide after a facility is slated to close is ICE maintaining business as usual,” said Erika Guadalupe Nuñez, Executive Director of Juntos. “By saying releases, not transfers, we are saying a new future without detention is possible.”

Responding to the news of the planned transfers, the Movement of Immigrant Leaders in Pennsylvania (MILPA) stated the following: “Though we are pleased that the County will no longer allow the facility to be used by ICE to incarcerate and separate families, we will call this a human rights victory for Pennsylvania only when families can be reunited and when we see an end to detention in our communities. ICE must not begin transferring people from this facility.”

MILPA noted that county, state, and federal officials bear a responsibility to ensure that those held by ICE at York are not sent farther away from their families and lawyers. “Families belong together and Pennsylvanians need meaningful action to end detention, deportation, and mass incarceration of people in our state,” MILPA leaders stated.

“In the midst of the pandemic, instead of reuniting those in detention with their families, our government kept these community members locked up in the most dangerous setting possible—closed quarters with little to no access to health care or sanitation supplies and almost completely cut off from the outside world. We say enough,” said Teresa Engst, Immigrant Rights and Education Coordinator for Asian Americans United. “York is shutting down its ICE detention facility—which is long overdue. There is no reason to transfer those who are being held there now. Reunite them with families who have been waiting too long to hold their loved ones again.”

“My son has been detained by ICE at York County Prison for nearly two years. He has an open case and is currently fighting for his release,” said a mother from Chester County. “This is torturing him and all of us in his family who love him very much and are fighting for him. We are people who maintain family unity, a family who works hard and is honorable.  His entire family is in this country. … My son is not a threat to anybody, he is an asset and benefit to our state. He is good and is fighting for his freedom. I am a desperate mother asking for my son to be released to continue his fight in this state where he grew up.”